By continuing your visit to this site, you accept the use of cookies by Google Analytics. Read more 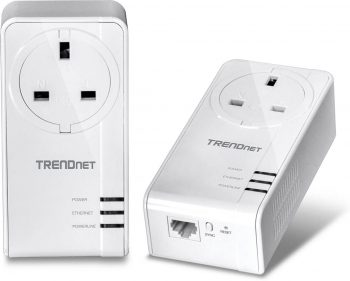 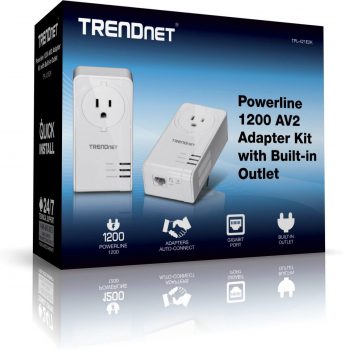 TRENDnet's Powerline 1200 AV2 Adapter Kit with Built-in Outlet, model TPL-421E2K, comes with two Powerline adapters to create an extreme performance Powerline 1200 network using an existing electrical system. No CD installation required-encrypted TRENDnet adapters auto-connect out of the box. Plug in the first adapter and network it to your existing router. Plug in other adapters on the same electrical system and they auto-connect to the first adapter for immediate internet access. Never lose an electrical outlet with the built-in socket. Simply plug in TRENDnet adapters! The encrypted Powerline signal auto-connects over an existing electrical system. Powerline 1200 technology and a Gigabit port deliver incredibly fast and stable networking to seamlessly connect devices and stream 4K video. With so many devices needing power, you don't lose an outlet when plugged in. Plug the adapter into an outlet, then plug a power strip into the adapter. 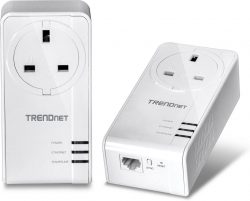 * PowerlineAdapters.co.uk is a participant in the Amazon Europe S.a r.l. Associates Programme, an affiliate advertising programme designed to provide a means for sites to earn advertising fees by advertising and linking to Amazon.co.uk.